Check out Eric’s channel and gain self-awareness knowledge and other information.

How to Live the Life You Desire

There was a certain wealthy man who lived in a certain town, he had just a boy. When the boy grew up he wanted to take over the father’s business.
His father gave him a condition he must fulfill before he can handover the multi-billion dollar business to him. Earn 10, 000 dollars and show me the money.

Seated close to an oven relaxing, his son sought help from his mother and brought the money to his father and claimed he worked for it. His father collected the cash from him and threw it into the oven, the two watched the oven until the whole cash was burnt to ashes.
He told his son to simply go on and work for the money and bring it to him. the mother again gave him another $10, 000 and told the boy to wait for some time, disguised and looked worn out before seeing his father.

When he eventually met his father with the money, the old man was at the same spot close to the oven.  the man took the cash again threw it into the oven,  and again the two watched the $10000 burnt to ashes, He told his son to go, work, save $10000 dollar and show me and the inheritance will be yours.
The boy was furious knowing that his father was determined and stringent with the condition of working and saving up $10000 before he can access his inheritance.

The boy again met with his Mother for advice, she was thinking of another option they can use to outsmart the old man when he finally told his mother not to worry that he will go out and work and save the money for his father. the boy traveled to another town where he would be given the opportunity to do odd jobs because in their locality nobody will believe him, the only son of a wealthy man doing commoner’s job?

He spent years denying himself of food, pleasure, good accommodation, designer-wears, and every good life accustoms to a rich man’s child, just to save up the money for his father.
When he eventually came back home his mother hardly recognized her son, he had severely emaciated and looked ragged.

With that desperate condition, he quickly went to present the money to his father who incidentally was seating in the very place close to the dollar-burning oven. he gave his father the money he has saved with pains and hunger, the old man took the money and again threw it into the oven. the boy dived headlong into the fire and brought the money back and exclaimed father! you can’t burn my sweat. The father replied, you absolutely worked for this very one son, nobody will stand looking, seeing his efforts being burnt,  as you had done in the previous ones your mother helped you.
The old man been satisfied with his son’s last action willed all his wealth to him.

Moral Lesson
1. People put a value on things that cost the most.

2. Wealth gotten through the easy way will soon end up in the oven.

3. Before handing over your business to your child first hand over wisdom to him.

4. like most of us with wonderful backgrounds sometimes we denied our children valuable experiences they need to succeed in life by too much pampering, saying I don’t want them to experience what I experienced forgetting that such conditions added up to make you what you are. sometimes create artificial scarcity.

5. Don’t forget to share your story with your family your children will need it someday to solve life challenges

6. Wisdom and a good name is the best inheritance you can give to your children.

7. The billion-dollar wealth handed over to your children without character and morals will end up in the hands of your servants and maids that possess them.

PrevPreviousHOW TIME FLIES
NextHow to Live the Life You DesireNext 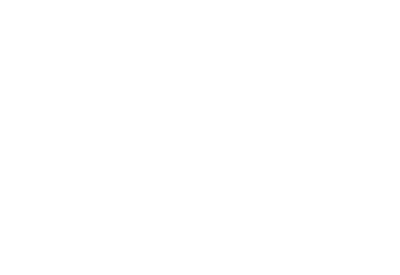 How to Live the Life You Desire